What is more indispensable, more immediate, what is more inseparable of us than our body? We are our body and exist through it. Everything we do develops on the limits of our body, through skin and touch. The body is our way of communicating with the world, our opportunity to connect with the others. The skin sets a border that defines our limits — and our limitations. Therefore, it is also the body that separates and isolates us from the others. Above all, it is for the body that we are individuals, unique subjects, identifiable beings. Our soul is embedded in flesh.

Precisely this uniqueness becomes the target of all oppression.

In a world that Marshall McLuhan calls the Global Theatre human beings become actors, performing themselves to machines; to cameras that screen their fabricated self. A hunger for spectators persuades these performers to turn their personal life into a daily theatre, into a show without an audience, where only the Cloud is looking.

A dystopian world where the bodies have become organic objects, walking brands, commodities for consumption. Where an image of pure intimacy is perceived as a spectacular exhibition. Where intimate space and outer space are one, as the privacy gets sold in the public sphere. The pure image itself, a body transformed into an algorithm of the virtual world, is the ultimate object yearning for recognition.

Linear time broken up into a myriad of selfies, in a multitude of ‘eternal instants’. A society consuming empty images and words with no value, with no continuity, with no purpose other than the consumption itself. The world turned into an accelerated kaleidoscope, where the level of speed is directly proportional to the intensity of oblivion. A garden of imaginary possibilities, incomplete and undeveloped. A cemetery of wasted opportunities.

A necropolitical system with bodies built and regulated through power relationships and normative restrictions. Bodies domesticated, constructed and produced by technoglances. Are we becoming emotional automatons? Closer to machines than to nature. Dislocated bodies in the process of mechanization, foreign to themselves and to the others.

A body turned into a prison of the soul, into an alienated organism that the spirit wants to abandon. A body suffering from the impossibility to be freed from physical determination, in a painful state of impotence that translates into shame.

But bodies never fully comply with the norms, with the ideals and demands that impose their materialization. These bodies arrive to the valley in their desertion forward. In a resistance against capitalism as a necropolitical regime, the revolutionary bodies refuse to adapt and obey. They embody a rebellious organic oddity. Returning to imperfections and singularities, insurgent bodies open up an unknown world of challenges, risks and alternatives. In a valley of invisibility, outside the current society of spectacle based on hyper-visibility, they cease being an element of the Cloud to become a living body again.

Accidental encounters, sudden collisions and ephemeral gatherings explore the extreme fragility of inter-human links. A relation of both curation and conflict, in a valley of endless geometric shapes. Could a non-existing community of organic bodies lead a revolution, suggest a utopia? A deadly combat between the giant neoliberal Goliath and a disenfranchised human being.

A necropolitical system with bodies built and regulated through power relationships and normative restrictions. Bodies domesticated, constructed and produced by technoglances.

This text is inspired by 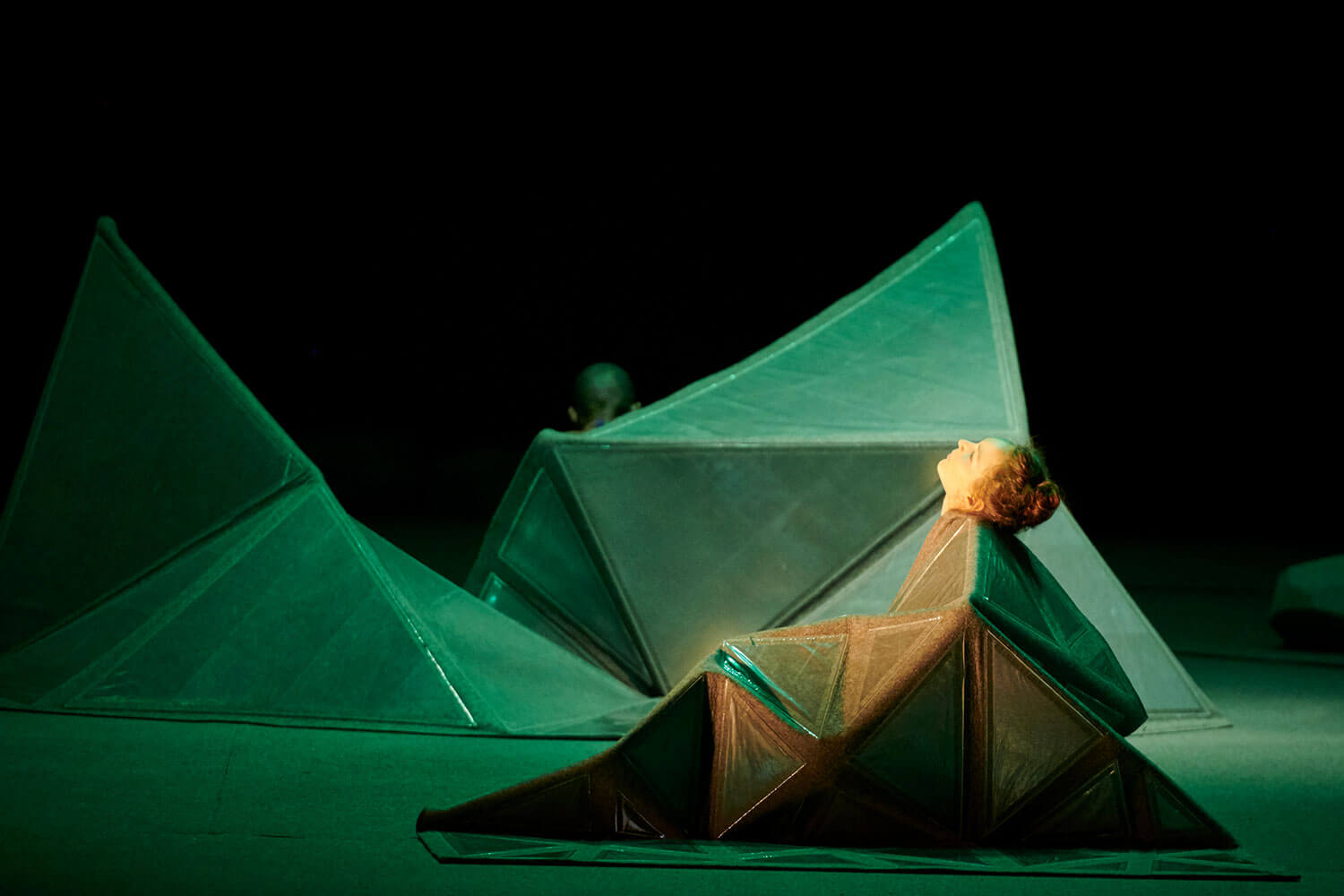 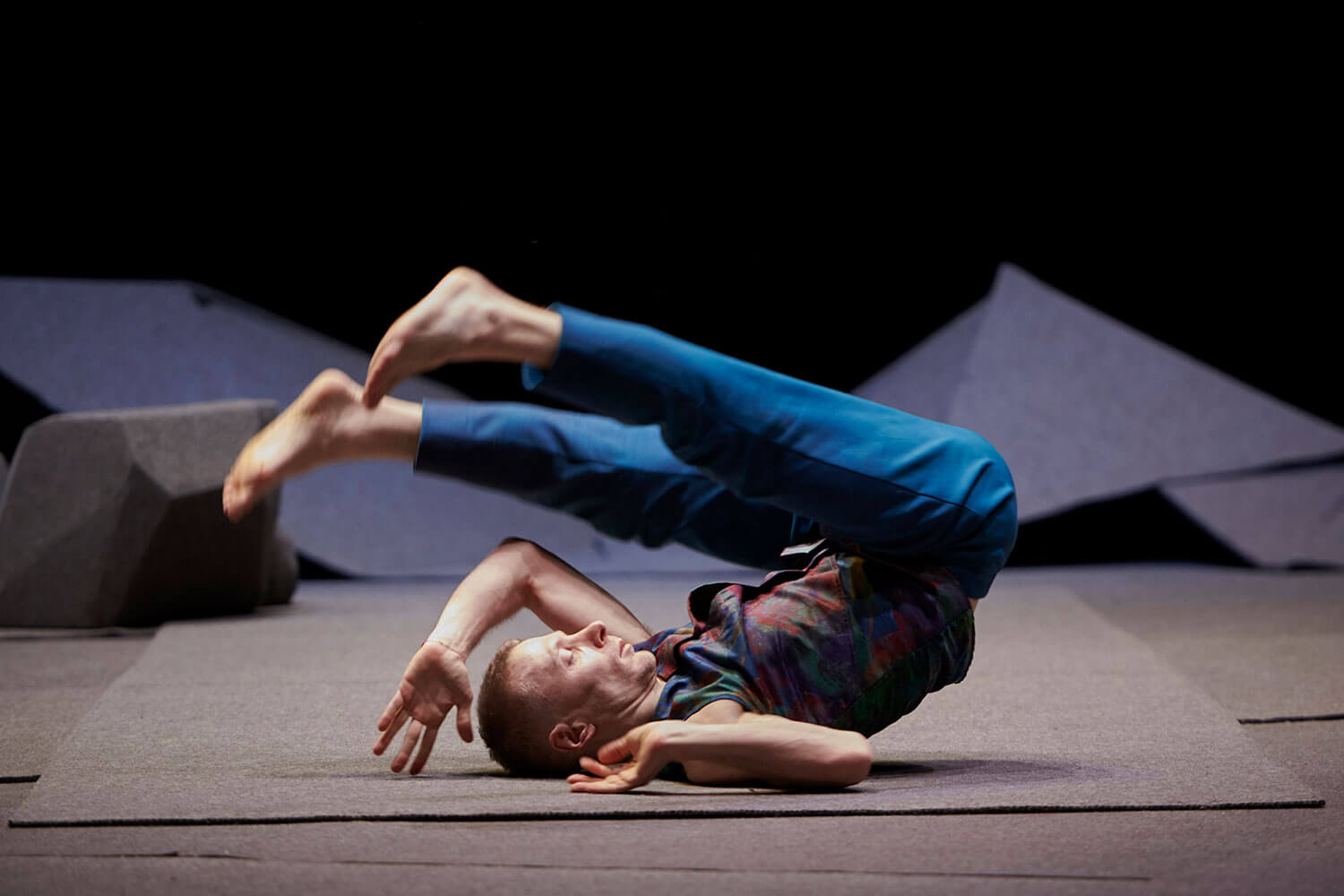 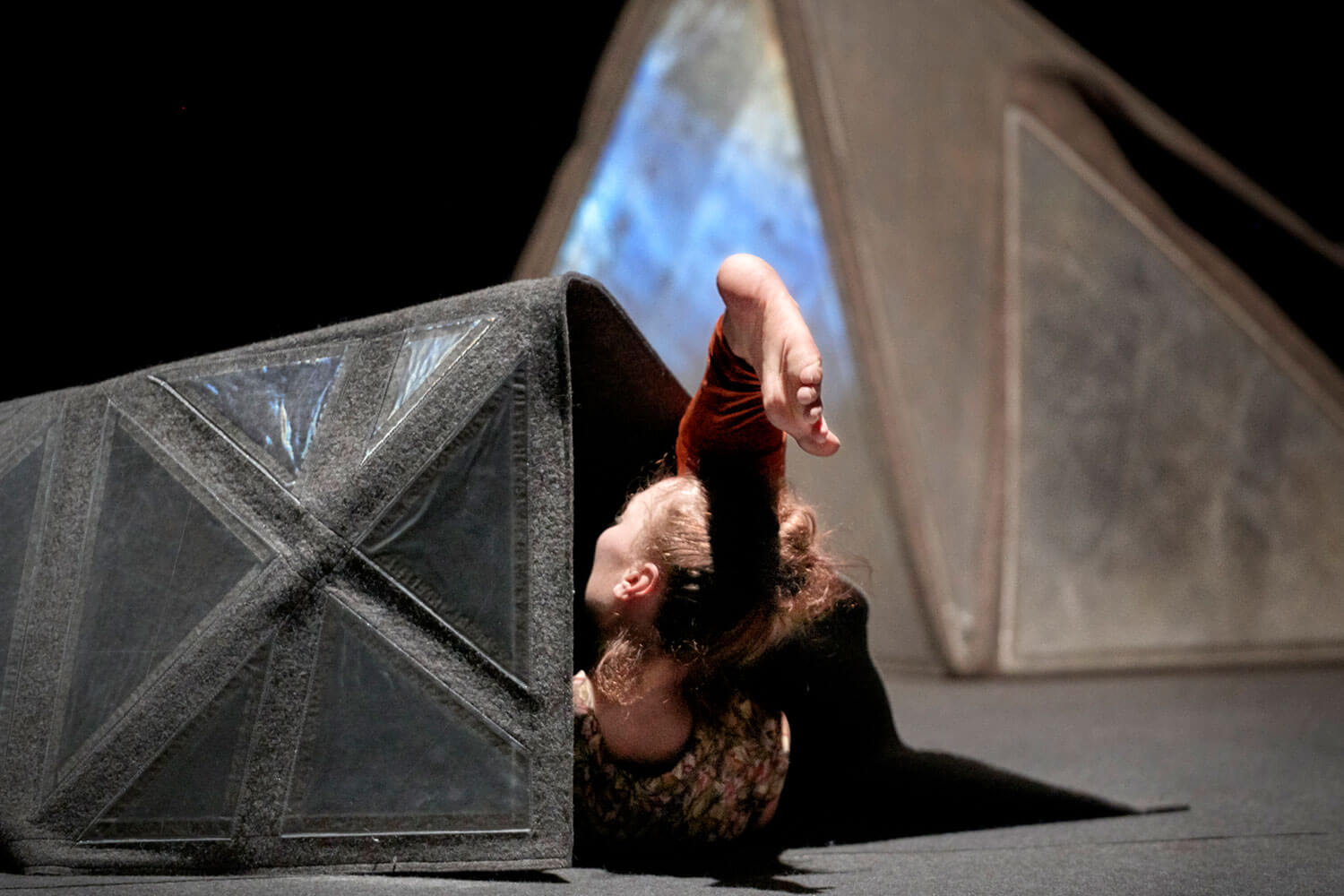 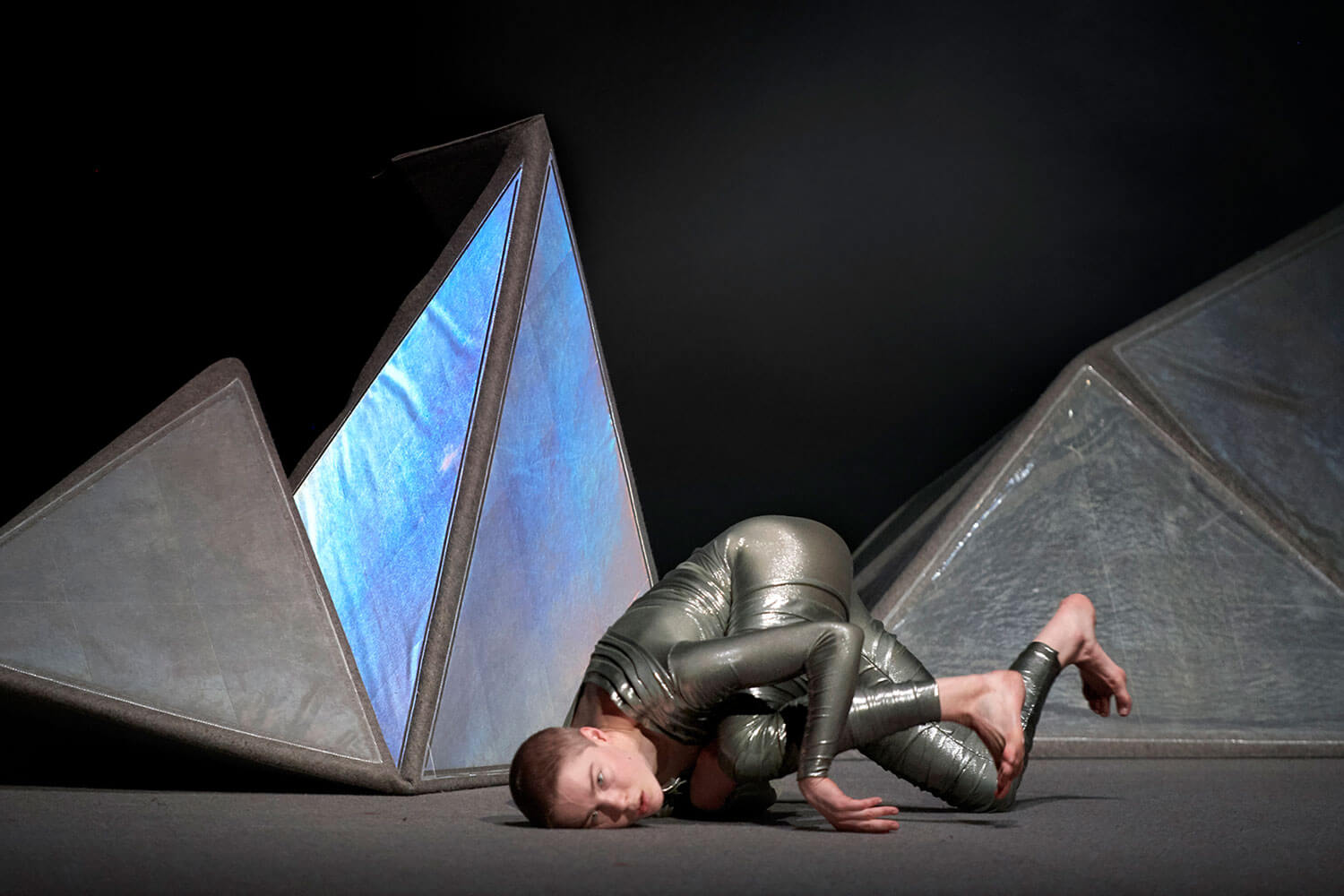 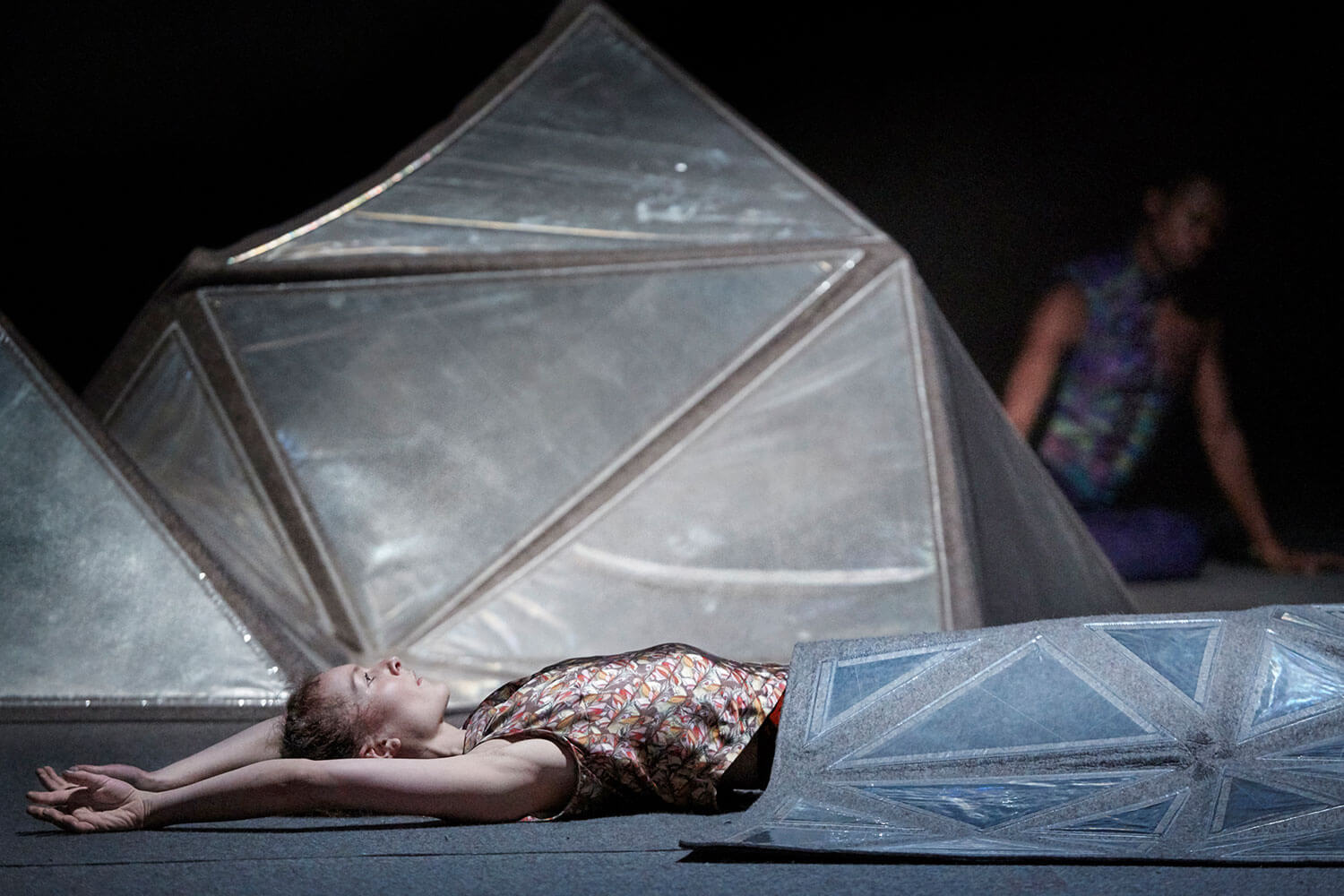 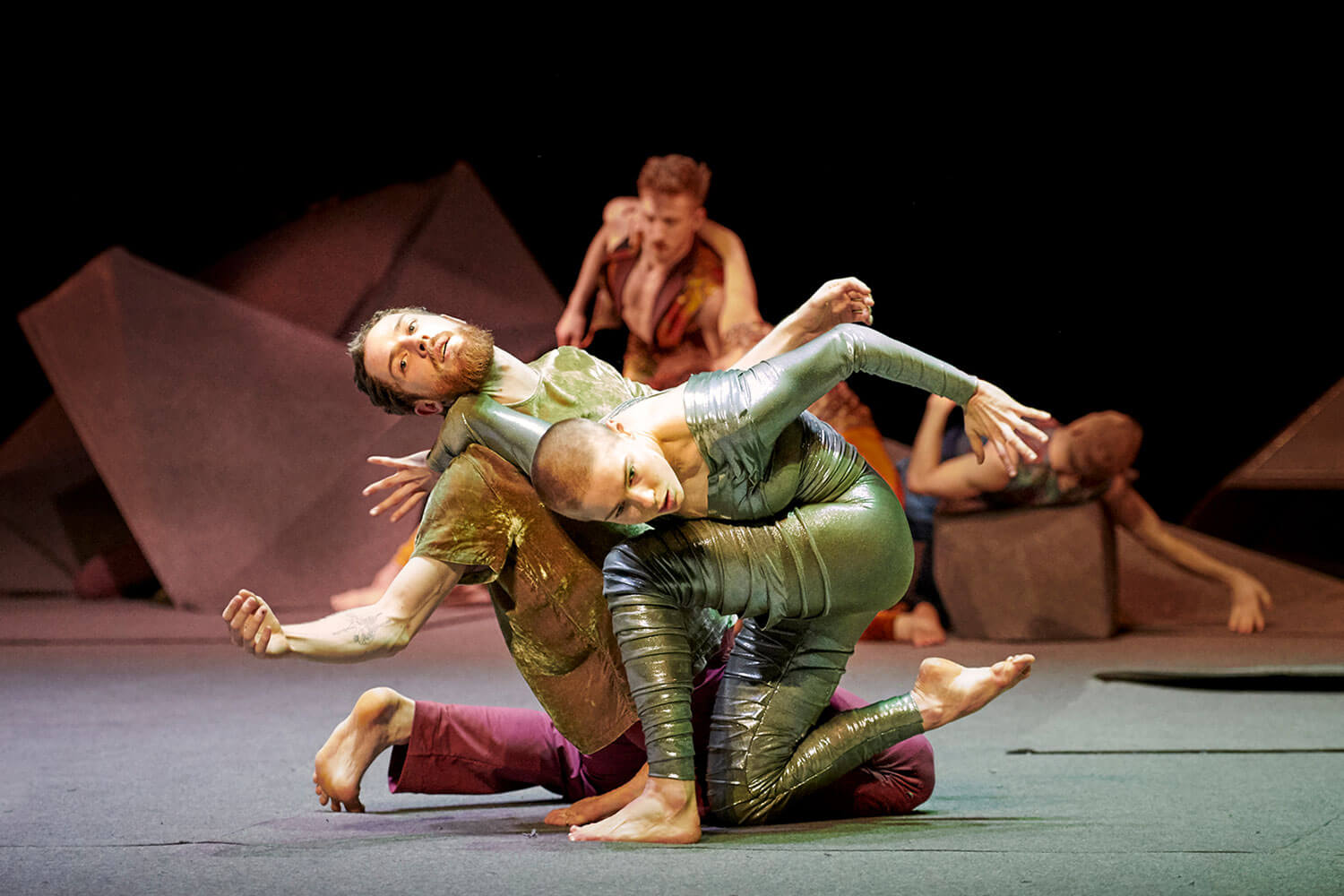 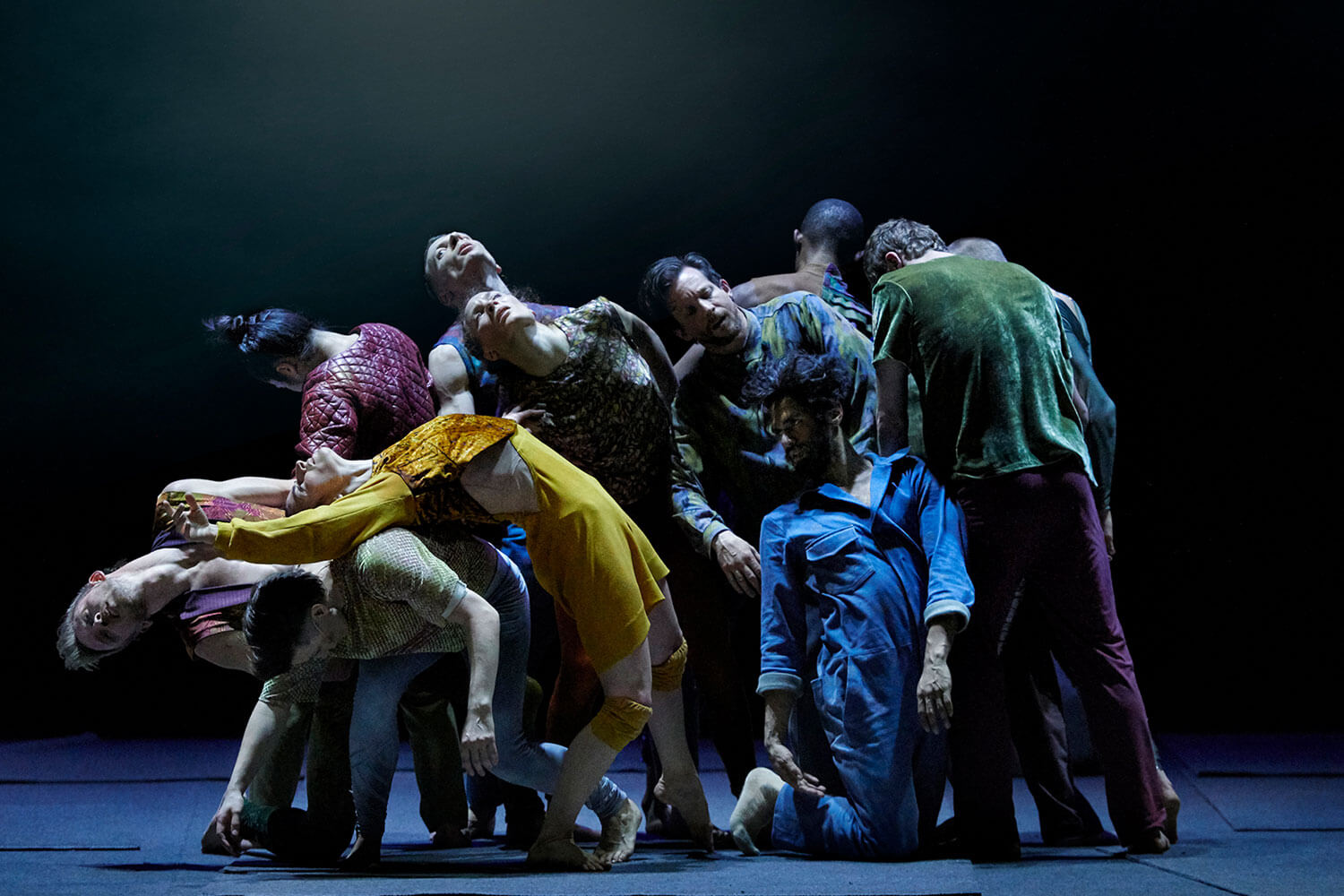